Wild Grinders Downhill Grind is a 2014 mobile action game that was developed by Australian app company, Bubble Gum Interactive. It was scheduled to be released in September 12, 2014, capable of being activated in the 4th generation of the IPhone or latest, IPad, and Android; however, it was delayed on February 11, 2015. The Beta version is available on September 19th, 2014. This game is no longer available on any of these formats years later, because of the panned reception it has.

You will play as Lil Rob, Emo Crys, or other Wild Grinders tributes. You can swipe your finger by dodging and hopping on obstacles. Special tricks will be performed by adding more points, and creating more letters from the bottom of the screen. If the security guards caught the Grinder by freezing, the game will be over, unless you are about to purchase a chance.

There are missions in order to receive prizes, such as coins.

Unlockable (If you keep playing)Edit

Unlockable (If you keep playing)Edit 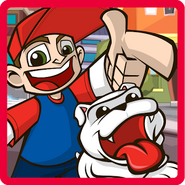 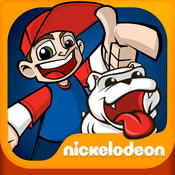 Version 1.2
Add a photo to this gallery

Retrieved from "https://wildgrinders.fandom.com/wiki/Wild_Grinders_Downhill_Grind?oldid=7967"
Community content is available under CC-BY-SA unless otherwise noted.