"If I'm gonna die, I would rather skate."
―Jay Jay, The Lost Skate Spot
"I think I heard my mama calling."
―Jay Jay, His joke to avoid Lil Rob’s dangerous plans

Jay Jay is first portrayed as a collected and bright male of the Wild Grinders team, but he is becoming strict. Jay Jay's weakness is that he has mysophobia, which puts him in a panicky fit or a stressed mood. Jay Jay calms down and gather up his tools to sterilize the bacteria that every Sprawl City objects are made. Much of our surprise, Jay Jay have chosen the anatomy course in college, and gets even clever. 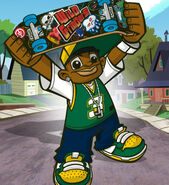 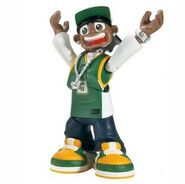 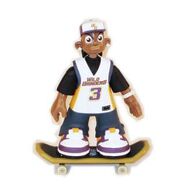 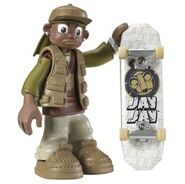